Postdoc at the IoA

© Copyright © All rights reserved | This template is made with by Colorlib Demo Images: Unsplash.com

I'm an astronomer working in the areas of Galactic Archaeology and astronomical instrumentation.

Currently, I'm employed as a post-doctoral researcher at the Institute of Astronomy, Cambridge working within the Stellar Streams group (led by Profs. Vasily Belokurov and Wyn Evans.) Prior to joining the IoA, I completed my PhD in Astrophysics in October 2022 at the Australian National University. My PhD was supervised by Em. Prof. Ken Freeman and Prof. Francois Rigaut and focused on both science and instrumentation. My scientific research is focused primarily on Galactic Archaeology: the fomation history of The Milky Way, globular clusters and dwarf galaxies. My favourite way to study these objects is through combining chemical abundance information and dynamics (chemodynamics) using high resolution spectra and Gaia data. On the instrumentation side, I'm a high resolution enthuisiast, focused primarily on adaptive optics and high resolution spectroscopy. For more information on both my scientific and instrumentation interests, please read on!

As a displaced West Coast Canadian, I'm always searching for big trees, tall mountains and the ocean. Luckily the UK has one of those things! Outside of work, I enjoy making music, the gentle art of Brazilian Jiu-Jitsu, hiking and my Aussie-Canadian family. 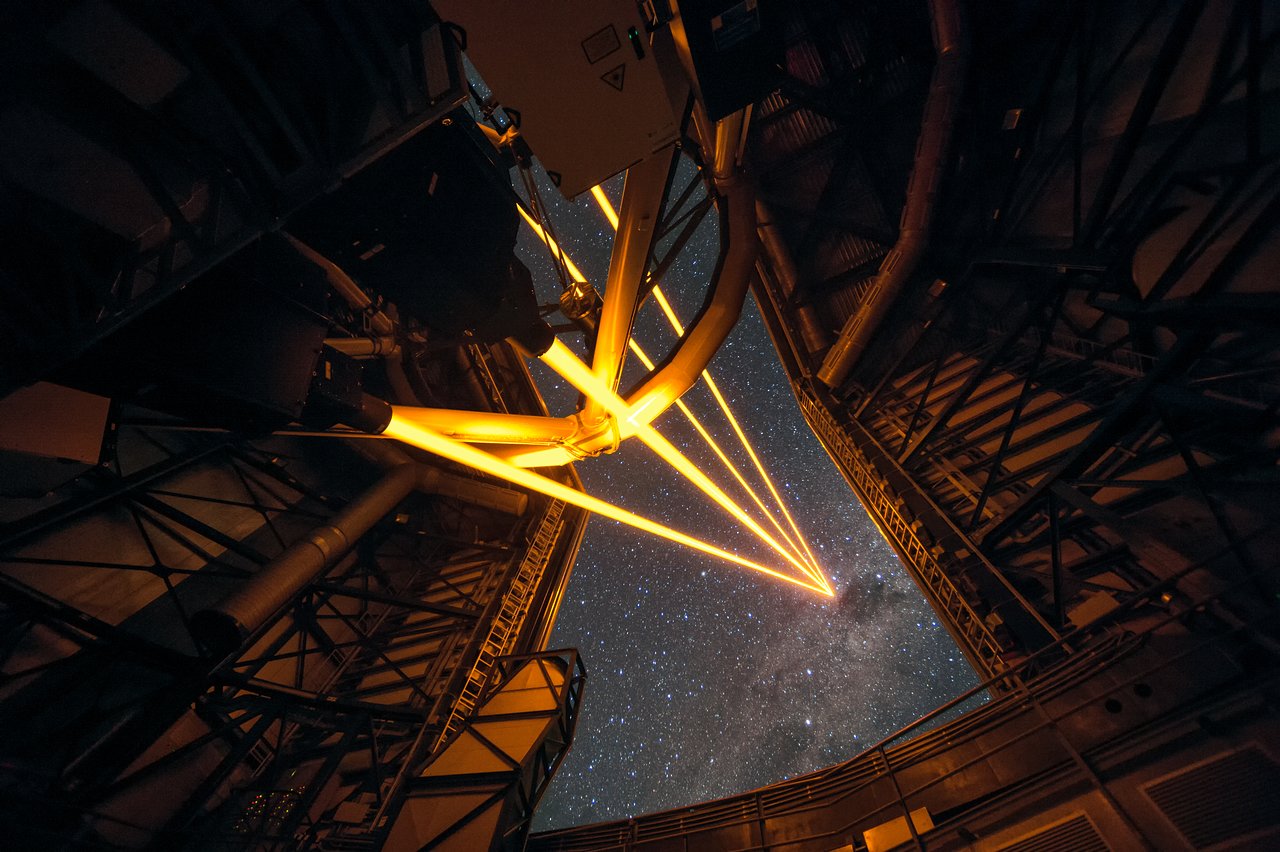 How do we go from asking scientific questions to constraining instrumental characteristics? 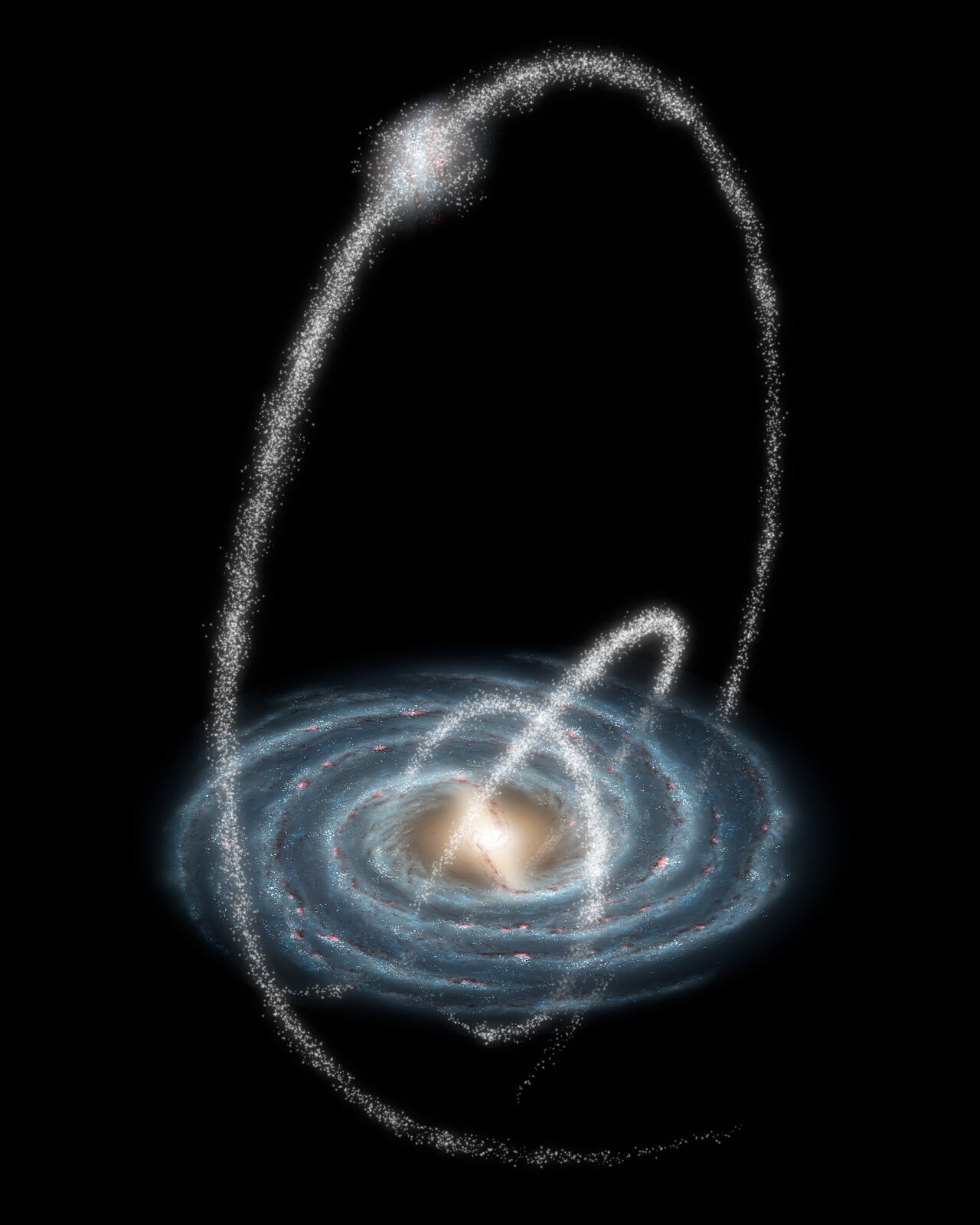 How did our galaxy come to be? When and where did the stars in the Milky Way form? 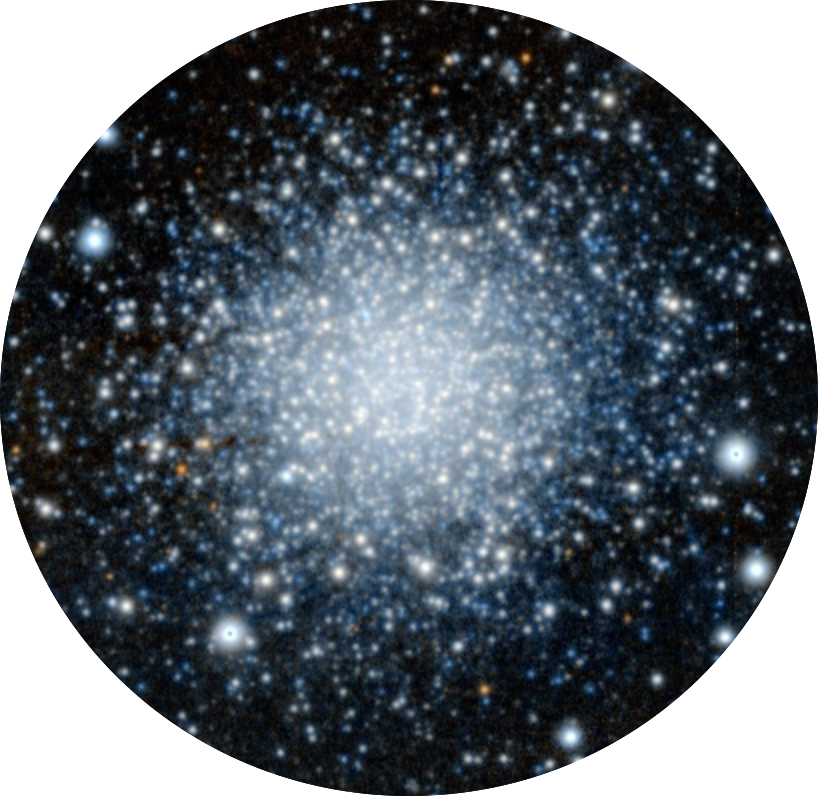 Are some GCs actually dwarf galaxy nuclei? Can they be used as tracers of the assembly history of the MW?

I use high resolution spectroscopic data (R>45,000) to measure chemical abundances (everything heavier than He!) in stars. The chemical content of stars can reflect both, i) the elements created within the stars via nucleosynthesis and/or ii) the primordial chemical content of the gas in which the star formed. I generally explore the second scenario, using the abundances I measure to examine what the chemical content of the Universe was like when the star formed. Which elements I measure and how much of each is contained in a given star can inform what types of objects enriched the Universe early on. For example, the abundance of the heavy element Eu relative to other elements can tell me how common exotic phenomena like neutron star mergers were at the time the star formed. 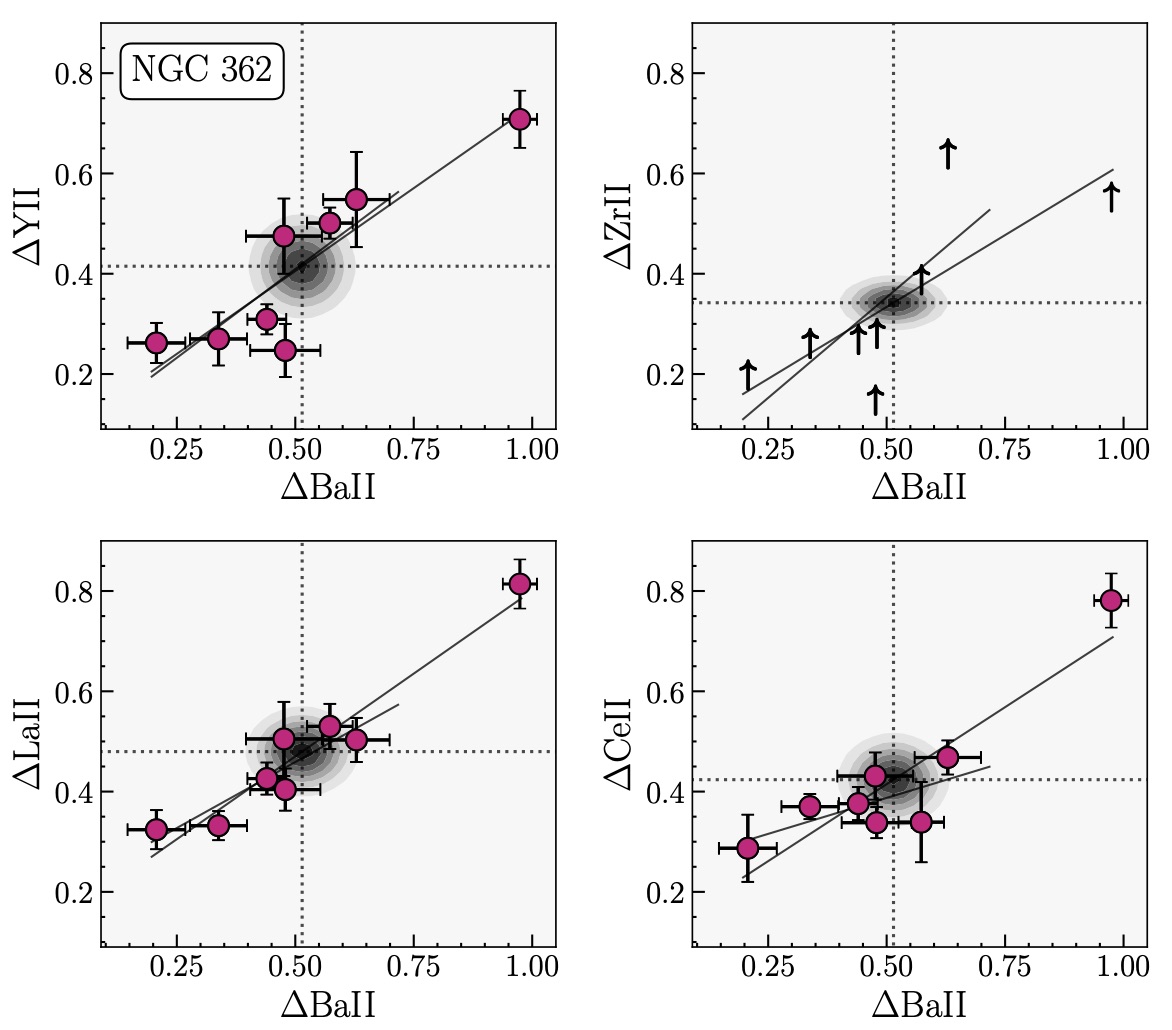 Recently, in Monty et al. 2022, I measured the chemical abundances of stars in the globular clusters, NGC 288 and NGC 362. Two results from this study were, i) that both clusters showed significant star-to-star differences in many elements (see the figure) and ii) that NGC 362 showed an enhancement in Eu which we suggest is primoridal. The first conclusion implies the primoridal gas in which the stars formed was inhomogeneous - informing cluster formation theories. The second conclusion implies that exotic processes like neutron star mergers were important in the environment where the cluster formed.

To augment my chemical abundance measurements, I explore the dynamical properties of stars and globular clusters. To do this, I combine the positions and velocities of objects from high resolution spectra and astrometrically by the Gaia space telescope (sci.esa.int/gaia/), with dynamical modeling software like galpy and AGAMA to the orbits of objects. Orbital characteristics of objects reveal what component of the Milky Way they belong to (e.g. the Milky Way halo vs the disc). They can also be used to explore if the object formed within the Milky Way or externally in another galaxy that was accreted earlier on in the Milky Way's history (via galactic cannibalisim!). 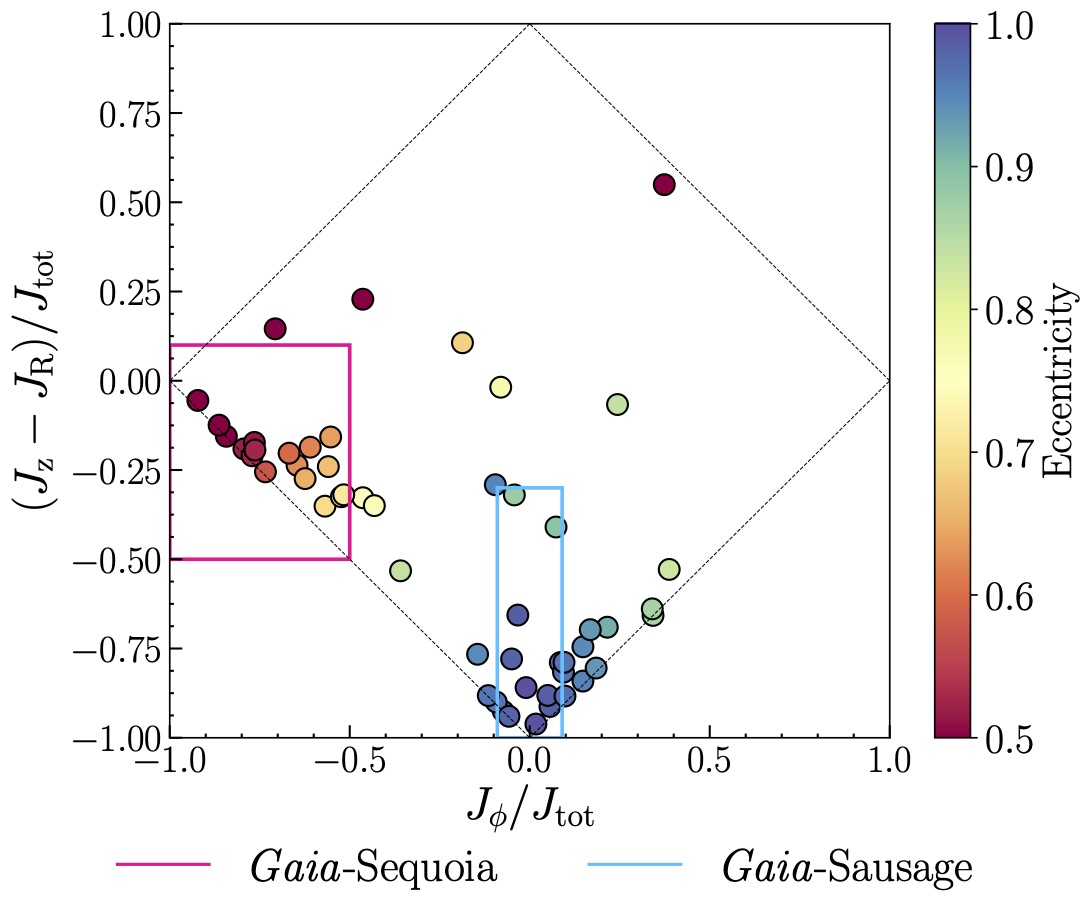 In Monty et al. 2020 I re-examined a set of 55 Milky Way halo stars from the study of Stephens & Boesgaard, 2002, re-deriving the chemical abundances and orbital characteristics of the sample. Through calculating the actions of the stars in the sample (orbital characteristics that remain the same for all time, under certain assumptions), we identified 11 stars that were dynamically coincident with the Gaia-Encelaudus-Sausage (GSE, Belokurov et al. 2018, Helmi et al. 2018) dwarf galaxy accretion event and another 17 associated with the Sequoia (Myeong et al. 2019) accretion event (see figure). When examining the trend of [α/Fe] vs. metallicity we found unique locations of the "low-alpha knee" in GSE vs. MW and Sequoia vs. MW stars - suggesting unique star formation histories.

Globular clusters are fantastic objects to study both chemically and dynamically. Chemically, they host a plethora of bright, ancient stars making them great targets for chemical abundance analysis. Dynamically, they serve as test particles to probe the gravitational potential of the Milky Way (acting like point particles) and as hosts of hundreds of thousands to millions of test particles probing gravitational interactions within the cluster. Thankfully, decades of research into the theoretical models of the dynamical evolution of clusters has laid the groundwork for follow-up today with high fidelity N-body simulations. With the aid of graphical processing units (GPUs), N-body simulations can now track the evolution of millions of stars within a cluster over the course of a billions of years and multiple orbits around the Milky Way.

Using a GPU-accelerated version of NBODY6 NBODY6+P3T written by Anthony Arnold (UQ), I'm investigating the dynamical history of some of the most extreme Milky Way globular clusters. Stay tuned!

I am a member of the science team working on the next generation ESO instrument the MCAO Assisted Visible Imager and Spectrograph (MAVIS), a proposed instrument for the European Southern Observatory's Very Large Telescope (ESO/VLT) Adaptive Optics Facility (AOF). MAVIS will use multi-conjugate adaptive optics to correct for optical aberrations introduced by the Earth's atmosphere, essentially removing the "twinkle" from the stars. MAVIS will be the first MCAO instrument to do this in the visible (450-980nm) and is expected to outperform the Hubble Space Telescope in many respects. For more information on the instrumental specifics see mavis-ao.org.

In the past, I've also worked in the lab to test astronomical fibres as part of the development of both the Pyxis interferometric, planet finding instrument and the Mauna Kea Spectroscopic Explorer fibre transmission system (FiTS).

MAVISIM is available for anyone who would like to simulate images and test science cases for MAVIS. The documentation and download instructions can be found here. 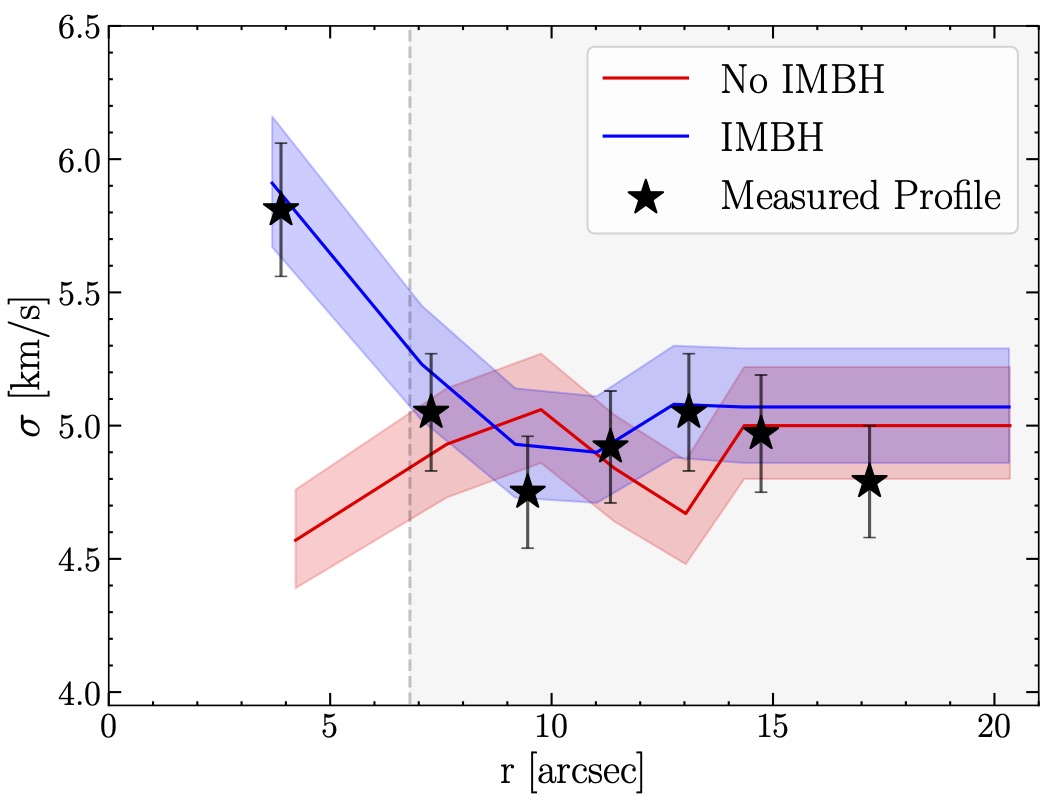 During my PhD I co-wrote the MAVIS Image Simulator (MAVISIM) with Dr. Jesse Cranney (ANU)., a python-based image simulator for MAVIS that models three major sources of error unique to AO and MCAO systems. MAVISIM was written to explore the astrometric accuracy (ability to measure the precise location of an object) of MAVIS before the instrument goes on-sky. To test the predicted capabilities of MAVIS in achieving a real science case, I used MAVISIM to simulate images of the globular cluster NGC 3201 over ten years. Planted at the centre of our catalogue of NGC 3201 was a 1500 solar mass black hole. We showed that MAVIS will be able to measure the positions of the stars well enough over the ten year epoch to recover the dynamical signature of the black hole (imprinted on the motions of the stars, see figure on the left). This result and more are discussed in Monty et al. 2021.

I'm a passionate believer that science should be available to everyone and that everyone has a responsibility to ensure this is the case. I have led and co-led different cultural initiatives throughout my undergrad and graduate career with a focus on improving the culture within academia, specifically for underrepresented groups. An example of this was my participation in the creation of a Cultural Action Plan at the Research School of Astronomy & Astrophysics, ANU and the creation of the first Behaviours Guideline and Value Statement for the School. I have also mentored students ranging from highschoolers (through Science Mentors ACT) to undergraduates throughout my undergraduate and graduate degrees and have enjoyed every minute of it. In the future, I hope to engage with people who may have less direct exposure and interaction with science. If you have any suggestions of organisations you know that do this, please contact me!

I completed a joint PhD in observational astronomy and astronomical instrumentation working with Emeritus Professor Ken Freeman, Professor Francois Rigaut, Dr. David Yong and Dr. Trevor Mendel. My thesis explored the formation and evolution of globular clusters using high resolution spectroscopy and dynamical modeling. I also investigated the chemodynamical history of the Milky Way, using both individual MW stars and globular clusters. On the instrumentation side, I created the MAVISIM image simulator for the next generation ESO instrument MAVIS and explored the predicted astrometric capabilities of MAVIS.

I completed my bachelor degree at UVic with an honours combined major in astronomy and physics and a minor in mechanical engineering in 2018. As part of my degree I completed four, four month co-op placements, two at the National Research Council of Canada and two at Gemini Observatory. My honours thesis was supervised by Professors Kim Venn, Thomas Puzia (PUC) and Gemini South astronomers Drs Rodrigo Carrasco and Bryan Miller and focused on examining the binary star populations of the Milky Way globular clusters NGC 3201 and 2298. I looked at the distribution and frequency of the binary systems using near-IR multi-conjugate data from GeMS at Gemini South. As part of my mechanical engineering minor I worked on automating the testing of astronomical fibres for the Mauna Kea Spectroscopic Explorer.